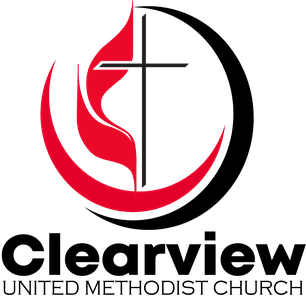 A digital version of the Worship Guide

Welcome to Clearview United Methodist Church. Each and every week we look forward to this time to gather as a community. We are glad YOU are here today with us! You can use this worship guide to help lead through worship and throughout the week. We truly hope you enjoy your time here this morning and hope you return soon.

Some logistics you may find helpful:

4) Use your bank’s bill payer system.

TFWS: The Faith We Sing

* please stand as you are able

LIGHTING OF THE ADVENT WREATH

2 All the royal workers at the King’s Gate would kneel and bow facedown to Haman because the king had so ordered. But Mordecai didn’t kneel or bow down. 5 When Haman himself saw that Mordecai didn’t kneel or bow down to him, he became very angry. 6 But he decided not to kill only Mordecai, for people had told him Mordecai’s race. Instead, he planned to wipe out all the Jews, Mordecai’s people, throughout the whole kingdom of Ahasuerus.

8 Then Haman said to King Ahasuerus, “A certain group of people exist in pockets among the other peoples in all the provinces of your kingdom. Their laws are different from those of everyone else, and they refuse to obey the king’s laws. There’s no good reason for the king to put up with them any longer.

10 The king removed his royal ring from his finger and handed it to Haman, Hammedatha the Agagite’s son, enemy of the Jews. 11 The king said to Haman, “Both the money and the people are under your power. Do as you like with them.” 12 So in the first month, on the thirteenth day, royal scribes were summoned to write down everything that Haman ordered. The order commanded people to wipe out, kill, and destroy all the Jews, both young and old, even women and little children. This was to happen on a single day—the thirteenth day of the twelfth month (that is, the month of Adar). They were also to seize their property. 15 Driven by the king’s order, the runners left Susa just as the law became public in the fortified part of Susa. While the king and Haman sat down to have a drink, the city of Susa was in total shock.

When Mordecai learned what had been done, he tore his clothes, dressed in mourning clothes, and put ashes on his head. Then he went out into the heart of the city and cried out loudly and bitterly. 2 He went only as far as the King’s Gate because it was against the law for anyone to pass through it wearing mourning clothes. 3 At the same time, in every province and place where the king’s order and his new law arrived, a very great sadness came over the Jews. They gave up eating and spent whole days weeping and crying out loudly in pain. Many Jews lay on the ground in mourning clothes and ashes.

5 Esther then sent for Hathach, one of the royal eunuchs whose job it was to wait on her. She ordered him to go to Mordecai and find out what was going on and why he was acting this way. 6 Hathach went out to Mordecai, to the city square in front of the King’s Gate. 7 Mordecai told him everything that had happened to him. 8 He also gave Hathach a copy of the law made public in Susa concerning the Jews’ destruction so that Hathach could show it to Esther and report it to her. Through him Mordecai ordered her to go to the king to seek his kindness and his help for her people.

10 In reply Esther ordered Hathach to tell Mordecai: 11 “All the king’s officials and the people in his provinces know that there’s a single law in a case like this. Any man or woman who comes to the king in the inner courtyard without being called is to be put to death. Only the person to whom the king holds out the gold scepter may live. In my case, I haven’t been called to come to the king for the past thirty days.”

12 When they told Mordecai Esther’s words, 13 he had them respond to Esther: “Don’t think for one minute that, unlike all the other Jews, you’ll come out of this alive simply because you are in the palace. 14 In fact, if you don’t speak up at this very important time, relief and rescue will appear for the Jews from another place, but you and your family will die. But who knows? Maybe it was for a moment like this that you came to be part of the royal family.”

15 Esther sent back this word to Mordecai: Then, even though it’s against the law, I will go to the king; and if I am to die, then die I will.”

Leader: The Word of God for the World.

All: Thanks be to God.

No Justice, No Peace

Praise God, From Whom All Blessings Flow (UMH #95)

Your one-stop-shop to sign up for groups, events, serving opportunities, church forms, and much more

Respond to God's love by sharing a portion of your financial resources to further God's mission.

Prayer changes things. Let us know how we can be praying with and for you.

Pastor Erick is available by appt on Sundays - Thursdays